I have a lot on my mind. Sometimes, it's good to write it down so I can share my thoughts with other people without talking at their face for hours.

"You Need to Talk to People You Disagree With" 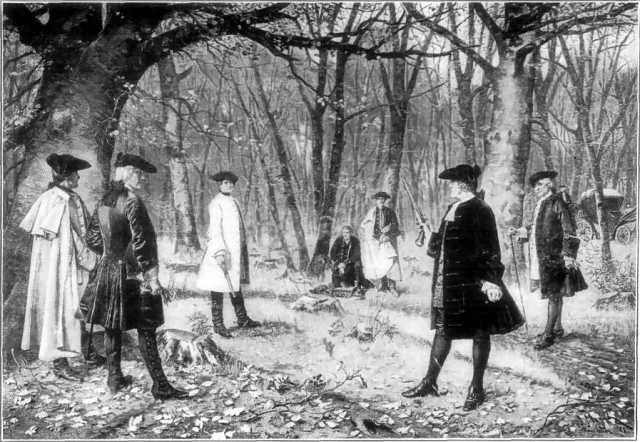 [PHILIP]
Pops, if you had only heard the shit he said about you
I doubt you would have let it slide and I was not about to —

[PHILIP]
I came to ask you for advice. This is my very first duel\
They don’t exactly cover this subject in boarding school

[HAMILTON]
Did your friends attempt to negotiate a peace?

[PHILIP]
He refused to apologize, we had to let the peace talks cease

- Blow Us All Away by Lin-Manuel Miranda

In the wake of Donald Trump’s election as president of the United States, I have done a lot of reading. I was shocked, and I needed to figure out what was going on. A common theme I’ve been seeing is criticism of liberals from other liberals who – with a dose of hindsight bias – claim they saw this coming. There are a number of people who put the blame on liberals who are supposedly unwilling to talk to people whom they disagree with, and have enclosed themselves in a bubble as a result. “You can’t just call people racists and bigots. You need to talk to them.”

I’d like to explain the issues with this view. It comes from a place of privilege and misunderstanding, and entirely misses the point. The view itself is, ironically, a consequence of being in a bubble.

The issue isn’t necessarily the idea that people should practice defending their beliefs. The issue is the context with which the idea is stated; from what I have seen, it’s mostly the privileged telling this to the marginalized. It starts off with the false premise that these conversations aren’t already taking place every day, and it implies an equivalence between having a difference of opinion with someone and being a victim of prejudice. Lastly, it places blame on the marginalized for the results of the election.

First, I should note that I highly encourage talking to people with different viewpoints. I personally do it all the time. I have debated with plenty of people about why cars are evil, how eating meat destroys the planet, why suburbs are detrimental for raising children, and virtually all other opinions I have, no matter how unconventional. This isn’t uncommon, I think that it’s delusional to think that there are people who literally don’t talk to people they disagree with about anything. It’s impossible to find another person with whom you could not disagree on at least one thing with. All you have to do is look at the comments section on a YouTube video or a Facebook post, and see that there are plenty of people disagreeing with each other all the time. It may not always be an intellectual debate, but it also isn’t nonexistent.

However, the idea that people need to talk to others with different opinions, regardless of the subject matter, implicitly suggests that all opinions are equal. I personally believe that this borders insanity. For example, debating with someone about the benefits of vegetarianism is in no way the same as trying to convince somebody that you don’t deserve to be deported from your own country because of your ethnic or religious background.

By blaming the marginalized for shutting out people who don’t believe they should have equal rights, you are placing responsibility on them to correct the prejudices against them.

People of color did not create racism, so why should they be responsible for trying to convince racists not to despise them?

Muslims did not create Islamophobia, so why is it on them to prove to others that they are not pro-terrorism?

Women are not responsible for sexism, so how come they’re expected to convert others to feminism?

Members of the LGBTQIA community are not responsible for the prejudice they face, so why do they need persuade others to accept them?

When you don’t belong to one of these groups, it can be tempting to think that the solution is simply to talk to others, and that it’s an easy thing to do. The problem is that when you are not a marginalized person, you are able to feel comfortable discussing social issues in the abstract. A white person who disagrees with another white person – for example, on why black people are imprisoned at such a high rate – is usually able to remain that person’s friend (or relative) without consequence, and without accusations of bias. Their views don’t cause any harm, because they are third parties in the matter.

Now imagine yourself as an undocumented immigrant debating with someone who believes that everyone like you should be deported, even though you’ve been in the United States since you were a few months old. This is a much harder task, because you are perceived as inherently biased, and will not be taken seriously as a result. In general, the privileged simply do not listen to the marginalized about issues that seemingly only affect the latter. Additionally, how do you keep someone in your social circle when they are opposed to even keeping you in the same country?

Aside from all of this, the idea that liberals don’t talk to conservatives is flat-out incorrect. As someone who is apparently in a social “bubble,” I am constantly seeing people debating about social issues on my Facebook timeline and Twitter feed. The debates are nonstop, and from what I can tell, they typically go nowhere.

I myself have personally had plenty of conversations – online and in person – where I am discussing a variety of social issues with people holding other views. For almost every person I’ve ever debated with, I’ve cited statistics, studies, historical events, and personal anecdotes. I’ve pointed out contradictions in their logic, and I’ve drawn parallels between their experiences and the victims of their prejudiced views. Essentially, I’ve used every technique I know of in order to try to make people more tolerant, without calling them racists or bigots. Every time, I’ve failed because people simply are not willing to listen, and they do not like admitting that they’re wrong.

Consequently, I’ve mostly stopped wasting my time, and I can’t blame others for doing the same. At this point, I am convinced that every person who holds some sort of prejudice has heard every possible argument for why they’re wrong, but will refuse to admit it. If you think that there exists some combination of words that will convince someone to stop the hatred they feel towards others, you are kidding yourself.

If you want to place blame on people for the election of Donald Trump, don’t target the victims of prejudice, and don’t think that liberals are a bunch of childish crybabies who shelter themselves from people with opposing beliefs. The truth of the matter is that the sheltering goes both ways, and conversations are taking place; the issue is that people are not willing to listen.